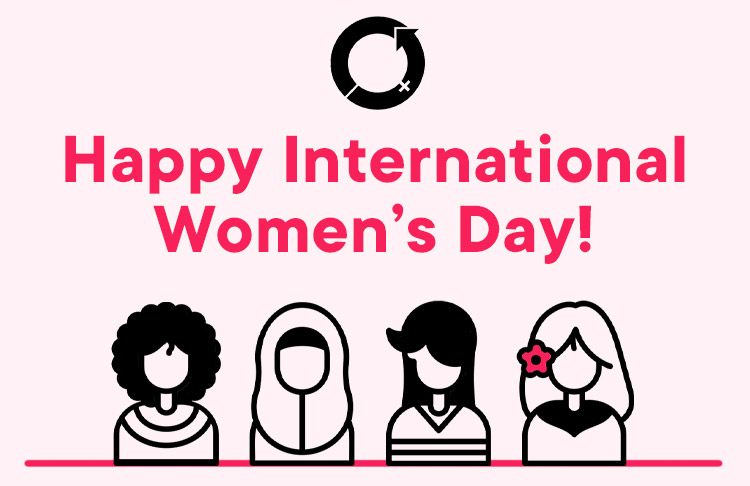 Happy International Women's Day! This year’s theme challenges us to #BreaktheBias. Focusing on a gender equal world which accepts diversity, without discrimination, prejudice and stereotypes. At Move Dance we are proud to be part of an industry that has created so many inspiring and empowering women. We believe dance teaches women to be strong and unbreakable. Our sport helps women & girls around the world to build confidence to achieve anything despite any barriers they may face!

To celebrate, we’ve put together a collection of influential and inspiring dancers, past and present. Take a look through…

Michaela was born in Sierra Leone right in the midst of a civil war and began early life as an orphan. As a child she was frequently called 'devil's-child' due to her having the skin condition vitiligo. Whilst living in the orphanage Michaela saw an image on a magazine featuring a dancer on pointe. She instantly fell in love with ballet! Shortly after this she was adopted by an American couple who recognised her talents for dance. She was awarded a scholarship to study at American Ballet Theatre's Jacqueline Kennedy Onassis School of Ballet. She pursued a professional career despite racial discrimination. Her first professional debut was with the Joburg Ballet in South Africa, she then went on to be a soloist for Dutch National Ballet. As well as her dancing achievements she is an ambassador for War Child, an organisation to improve the lives of children living in violence and war worldwide.

Micheala is known for her powerful technique and strong spirit, take a look at this technique yourself in her solo ‘Motion’, dancing at ‘Women in the World’.

Josephine was a dancer and singer who found success on Broadway. After growing up in poverty in America. She toured with the likes of ‘The Dixie Steppers’ and ‘The Jones Family Band’, originally being rejected due to her appearance she soon stepped in for the Chorus line when another dancer left as she learnt the routines whilst being the dresser for the production. In the 1920s she moved to France, where she became an extremely popular high-paid performer. She returned back to America in the 1930s, however she faced a lot of discrimination and rejection from American audiences, heartbroken she returned to Europe. During WW2 she worked for the French Resistance, smuggling secret messages in her music sheets and working undercover. For her efforts she was awarded the Medal of Resistance and named a Chevalier of the Legion of Honor by the French government. During 1950 and 60 she went back to America and spent most of her time fighting segregation and racism.

We're obsessed with this clip of Josephine dancing ‘Dance Josie, Dance’ . This is nearly a Century old but her beauty and presence is still so current!

Dame Darcey Bussell’s career spanned over 20 years, she is said to be one of the greatest British ballerinas. Despite her height, she became one of the youngest dancers to become principal of The Royal Ballet, as well as guest performances with the Paris Opera Ballet and New York City Ballet. Since retirement she has been involved in many campaigns & charities. In 2021, Darcey put together a charity gala which brought together 8 of the UK's top dance companies to raise funds for each of the dance companies and 11 other dance charities that suffered during the pandemic. Darcy has also been open about her struggles with dyslexia and how dance was her escape from the embarrassment she faced at school and the torment from her peers.

Here is an interview with Darcey for ‘MadeByDyslexia’ opening up about her struggles,

Oti was born in South Africa, where she studied Civil Engineering at University before deciding to change her career to ballroom dancing. She won the South African Latin American Championship eight times, making her one of the most successful South African dancers. She moved to Germany to continue her dancing career where she became a pro-dancer on Let's Dance and UK's Strictly Come Dancing. Oti is the only professional dancer on Strictly Come Dancing to go on and win the show twice in two consecutive years. She has also been on judging panels for The Masked Singer and The Greatest Dancer. Oti is currently working on her own touring show ‘I am Here’ collaborating with some of the worlds greatest dancers and West End Stars. The show is a celebration of different dance genres from Jives and Sambas to South Africa's traditional dance Kwaito.

We are in love with this clip of Oti and her husband Marius Lepure dancing together on ‘Dancing on Ice’.

Katherine Dunham, the creator of the Dunham technique, was a dancer, choreographer and social activist in America. Before her dance career she was one of the first African American women to study at the University of Chicago where she earned a Bachelors and Masters Degree in Anthropology. After graduating she founded the Negro Dance Company dancing with the Chicago Opera Company at the Chicago Beux Arts Theatre. Here, she was recognised by Mrs. Alfred Rosenwald Stern who offered her finance to study towards her dance career. She used this to go to the Caribbean to study the dance, particularly inspired by the region of Haiti. Using these discoveries she then returned to America and developed the Dunham Technique, a vibrant African American dance genre with Ballet and Modern influences, which later transformed the world of dance. Katherine dedicated 30 years to the Katherine Dunham Dance Company, devoted to African-American and Afro-Caribbean dance. She was an advocate for racial equality, refusing to perform at segregated venues and used her choreography to highlight discrimination.

Katherine is an amazing inspiration, we love this video of Katherine talking about how she overcame Racism in the 1940s in dance.